Here's a look at our blog

Check out what we're up to!

I’ve been thinking a lot about what I want to accomplish this year and what’s standing in the way of getting there. I recently saw an Instagram post from Boss Ladies Magazine posing the question: “What would you do if you were 10 times bolder?” This question got me thinking. In fact, it blew my mind.

I would stop being so afraid to put myself out there.
I would seek out speaking opportunities to share my expertise.
I would take action rather than overthinking.
I would get myself to the Women’s March on Washington.
I would learn how to say no.
I would surprise my husband with a spontaneous vacation.

I couldn’t help but thinking that, if this simple question affected me so deeply, it might be impactful on others as well. I reached out to my community of strong, inspiring, creative boss ladies to weigh in and here’s what they had to say:

Janel Benson Fiore Beauty
I would attend social engagements and outings alone way more often.
Reach out to people I’d like to learn from or work with even if it’s likely they won’t respond.  I know that rejection is part of life but avoiding it is easier.
Share more of my personal self with others and on social media.
Speak my mind to people outside of my circle of friends and family.
Make less “safe choices” in life.  Some beautiful things can come from taking ricks!  I recognize it but am less likely to tread those waters.
Stop caring what others think of me!
Say “No” to business and family obligations that truly don’t work for me.
Say “Yes” to things that are outside of my comfort zone.
Join groups – any kind.  There are so many supportive and creative outlets that I can be apart of but I just never try unless a friend invites.
Champion for myself the way I do others.
Move out of the country for a while to experience another culture and way of life.

Jaimi Brooks Marriage and Family Therapist
Actively contribute my time, money, and voice to those who need it.
Speak up for what I feel is right even when it’s awkward, inconvenient, or controversial.
Spend less time on perfection and more time on making things happen.

Amanda Dawbarn 100 Layer Cake
I would take a leap on a bold new business idea for my company, based on a good hunch, rather than a full market analysis.

Jordana Hazel Hazelnut Photography
I would ask for help.
This kind of threw me for a loop.  I thought about being bold and my initial visualization was running in to something full force.  Obviously the bold person is confident & courageous; they know what they’re doing and don’t need any help.  I mean, if you’re going to be bold, don’t you just throw yourself in and fight your way up?  But I realized I think smaller, and then do smaller, because I do it on my own.  I run a small business by myself and have my hand in every pot.  I’ve always been proud of my independent and just-do-it attitude.  But is that because I am actually too fearful of asking for help?  That I would perhaps seem less strong in some way?  Too vulnerable?  With collaboration comes support and creativity.  You can think bigger, do bigger. To ask for help and seek collaboration would actually be bolder than slugging through it alone.  I’m going to do more of that in 2017!

I would focus on the positives instead of being afraid of the negatives.
I do this.  Think of something I’d like to do and then automatically begin running a list of the negatives in my head.  Before I’ve even got a fully formed thought, I’ve got an entire list of reasons it won’t work.  I’m not saying being aware of the negatives is a bad thing, I think a good plan involves all the good, bad & the ugly.  I’m just saying that I’d like all the ugly to reside somewhere behind the lengthy list of positives.  I’d like to run forward with more optimism and then let the negatives creep in when I have enough positive energy to solve all the problems!

Kendra Inman Dollar Shave Club
I would be totally comfortable in my own skin. (I don’t mean just physically. Although I mean that too. What I really mean though is being 100%, completely and authentically me, with all my quirks and silliness and seriousness and passion.)
I would be more fearless with what I put out in the world.
I would really appreciate all my experiences and knowledge and find ways to share them more.
I would take real action to fight for equality, women’s rights and human dignity.
I would try to surprise myself on a regular basis. (with an accomplishment, by taking on a scary challenge, by pushing an idea, by sharing before I’m ready, by leaping first and not overthinking)

Heather Kincaid Heather Kincaid Photography
I’d stop being afraid to share all that I think about for fear of alienating some.
I’d put down my phone more often to craft my own dreams.
I’d say no to shoots or projects that don’t inspire me more often.
I’d ask more from other people instead of trying to do everything myself.
I’d launch a new aspect of my business that I’ve wanted to do for years.

Audrey Woollen Urbanic
I would be fearlessly less reactive in the day to day and instead fearlessly more proactive. Fearless being the key word here knowing that everything will fall in place accordingly, once the top level navigation was in a maximum directional state. 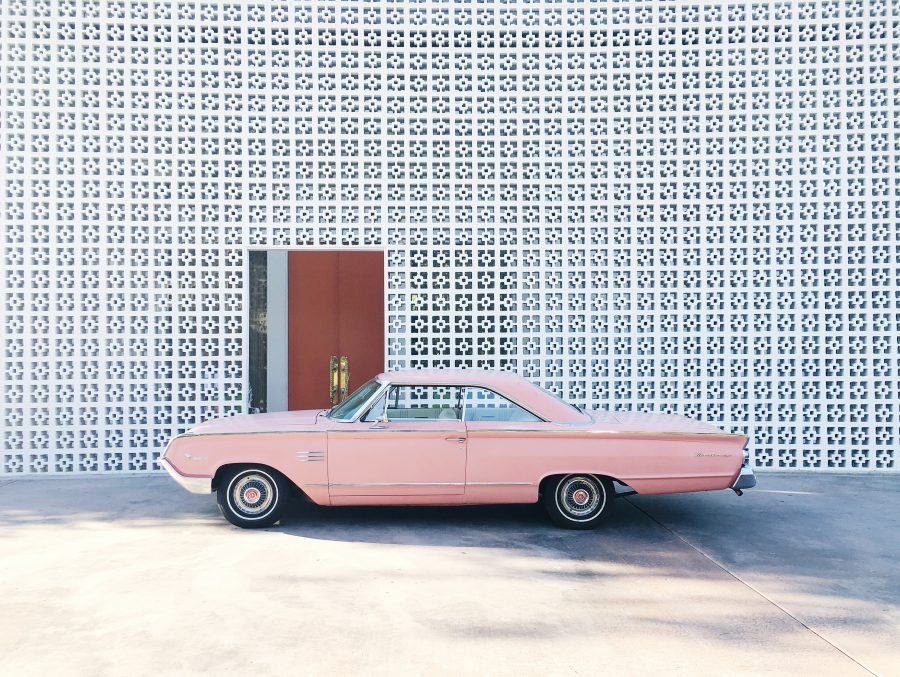 Powerful stuff, right? Now that we have all identified ways that we would be more bold, HOW do we go about getting there? Sometimes it’s not easy to make a big mindset shift. Sometimes, these goals and dreams seem far-fetched and unattainable. I reached out to my business coach, Marla Diann for guidance and here’s what she recommends:

“Live an intentional life. Set an intention daily that you will be conscious of your boundaries of self respect and dignity. When a situation feels “out of sorts”,  it is. It’s ok to say no when you are tempted to say yes.”

Yesss! Setting intentions and boundaries and saying no to things you don’t want to be doing so you can leave room to say yes to the good stuff…I’ll be starting on that today. In essence, this idea of being 10 times bolder is shaping how I am approaching this new year. I’m tricking myself into thinking I AM 10 times bolder already. It’s working because big plans are in motion!

So how about you? What would YOU do if you were 10 times bolder? I challenge you to live more boldly, more fearlessly, more fiercely this year. LET’S GO, GIRLS!